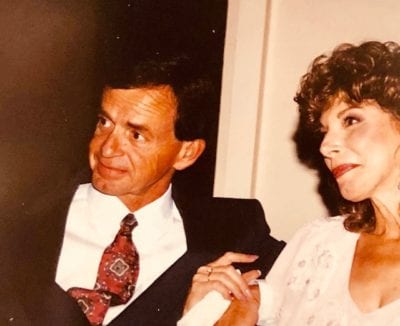 As a director of theatre, I always appreciated the art of collaboration. Besides working with actors, I worked hard to bring together set, lighting and costume designers. When creative artists are open and feed off each other’s ideas, we do our best work. But at Cal State Dominguez Hills, I actually experienced Enchanted Collaboration. https://www.sydellweiner.com/news

I was nervous about directing A Midsummer Night’s Dream, since it was my first Shakespeare on a college campus. Would my students be able to handle the language well enough for the audience to understand? It was a 3.5 hour play, so when I found a cutting that brought it down to a manageable 2 hours, my doubts began to subside.

I started by meeting with Rex, Cal State’s hot shot set designer. He strutted into the green room wearing his usual paint covered jeans, and a wad of keys hanging from his belt loop.

He was an intense, wiry man in his mid-40s, who was passionate about his work. We’d already done a few shows together, so I wasn’t intimidated. We agreed to have an initial design meeting after he’d read through my cut version of the script.

I came to his office the following week bearing 2 cups of high octane coffee, the kind available in every theatre department. I was relieved that he liked the cutting, which he affectionately referred to as the “Readers Digest” version. “What image does the play evoke in you?” he asked. The question threw me for a loop. I was used to being asked, “Where do you want the entrance, down right or down left?” I’d never considered the idea of an image or an overriding concept, but it was the basis for our collaboration.

I told him that my favorite part of A Midsummer Night’s Dream was the fantasy of being in an enchanted forest with no rules or boundaries. My strongest image was of dreamlike characters flying free. He nodded and said, “Let me think about it.” He came back to me the next day, this time bringing coffee to my office. On a piece of poster board he had painted a beautiful pink, yellow, and pale blue butterfly. “Does this say it to you?” he asked.

I loved the image, but it felt too literal. The play tells the story of star crossed lovers who run away to a magical forest, where they’re surrounded by creatures of the night.

“I see mysterious beings appearing unexpectedly from hidden caves and pathways,” I told him.

“Would you like a darker, wilder atmosphere?” he asked.

“Exactly,” I answered. “The butterfly just seems too tame.”

“Yes, I see what you mean,” Rex replied. “If we’re true to the text, the fairies appear when night is at its darkest. I don’t think I could create that with lighting effects alone.”

I thought not, but needed his input to be sure.

“Can you give the set a moodier, more romantic quality?” I asked. “It should reflect the forbidden love story of the mortals as well.”

He smiled at me and nodded, letting me know we were on the same page. I was excited by how easily we could share our ideas, and develop a concept just through  conversation.

Three days later Rex came back to me with an entire set design. The pinks and yellows had been replaced by deep purples and blues. His rendering looked like a roller coaster covered with iridescent pieces of delicate fabric. 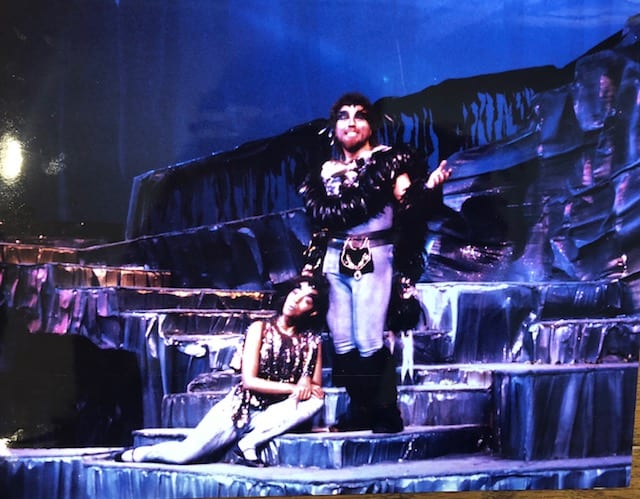 There were places under rocks where the fairies could hide, appear, and then reappear somewhere else. Up left, ten feet off the ground, there was an asymmetrical stairway leading gradually down to center stage. This is where Oberon and his Queen Tatiana would make their stately entrances. I couldn’t believe that this was the result of our collaboration.

It was magical, and inspired me to take chances as a director. With so many levels and hiding places, it seemed obvious to make the production more visual. The fairies pranced seamlessly from level to level. It looked  like they were actually flying. The actors created stage pictures, and they enhanced the meaning of the play. If the audience didn’t catch every word, they could easily understand by following the characters’ movements. Instead of the words being obstacles, they became doors to visual images that opened everyone’s imagination.

One night during the last week of rehearsals, Rex noticed how the actors seemed to populate every inch of his set. He leaned over to me and I felt his breath close to my ear. “Sydell,” he whispered, “you have a wonderful sense of composition.” It was the sexiest thing anyone had ever said to me. By the end of A Midsummer Night’s Dream, it was clear; I was in love with my set designer and he was smitten with me.

Rex and I acknowledged our feelings for each other, and decided to go on a date. It didn’t take long for the artistic collaboration to turn deeply personal. In 1992, with all our friends and family present, we got married in our beautiful backyard. In the 30 years we knew each other we did over 20 productions together. But none of them compares to the richness of our 24 year marriage. I lost Rex 2 years ago, and I miss him terribly. 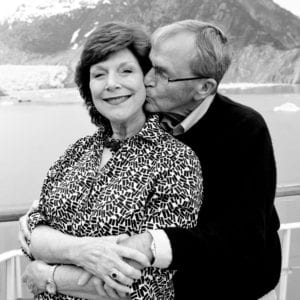 We had a lot of challenges, but I wouldn’t have traded those years for all the enchanted forests of Shakespeare’s boundless imagination.